Alan Greenspan
"We’re going to penetrate the 10 percent [unemployment] barrier and stay there for a while before we start down."

ESPN
The Green Bay Packers Will Win The Super Bowl 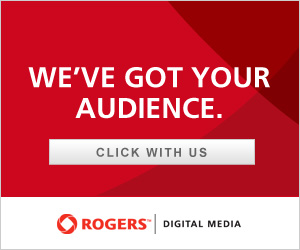 AND THE RESULTS ARE IN...

THIS WEEK
Kodak Will "Disappear" As A Brand In 2012
James R. Gregory, CoreBrand (Jan 5, 2012)
"There is high familiarity with the Kodak brand," Gregory says, "but there's a lack of clarity or focus for the organization, which shows up in our data. It's much harder to understand what Kodak does these days. The film and development and printing of pictures is not something Kodak does any more. Therefore, what is it they actually do? That's something that's not well understood."
Continue Reading
Ultrabook-Tablet Combo Devices Will Become A Big Hit
Tim Bajarin, Tech.pinions (December 22, 2011)
"Ultrabooks with detachable screens that turn into tablets could be the sleeper hit of 2012. Also known as hybrids, the early models of this concept used an illogical mixed operating systems; Windows when in PC mode and Android when in tablet mode. But by the year’s end, both Windows 8 for tablet and Windows 8 for laptops will be out and these hybrids will be completely compatible. I expect to see solid models of this type of hybrid by quarter four."
Continue Reading
The Seattle Seahawks Will Make The 2012 Super Bowl
Bill Simmons, Grantland (September 7, 2012)
"[Russell Wilson] is a shorter Drew Brees with even more to prove. He's the ultimate litmus test — a QB who fell 50 picks too late because of his height, and now he wants to shove that indignity in everyone's face.

Throw in Seattle's sneaky-good defense, its killer home-field advantage, a quality running game and a city that's been dying — repeat: dying — to have a sports hero again, and to absolutely nobody's surprise, I'm riding shotgun in the Cult of Russell this season.